Your cart is empty

“I feel like Melbourne made us who we are. The combination of where we are and the time that we live in, makes sense that we’re doing what we do, because we’re from Melbourne.”

Although not born in Melbourne, Kim Long Nem recognises the importance this city has on him, his career. It’s here where he met David Nguyen and formed Flying Art Films, a film production company, after a chat in a bagel shop.

But it’s more than just film for Kim and David. It’s digital content, and it’s about community, dance and art. Anything creative to draw inspiration on, anyone creative to collaborate with. 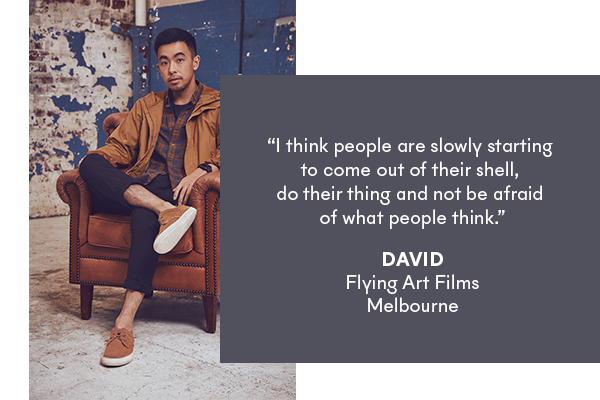 “We love to collaborate with a lot of people, just taking from a lot of different people’s experiences and their walks of lives, and different art forms, and just adding it together and seeing what happens,” says Kim.

Their sense of collaboration is even in the name: Flying Art Films. ‘Flying’ coming from David's martial arts background as a kid with his dad. ‘Art’ coming from visual arts, fine arts, and the concept of elevating art. And then of course combining it with film.

“And that’s what we’re about, whether it’s our art, our client’s art, or whoever artist we are working with, trying to elevate that,” David says.

Both Kim and David have been dancing for years. At least 10 years together, doing urban choreography and hip hop. The integration of film came over time, a natural progression that saw the two art forms merge.

When young Kim started through filming dance routines he’d been practicing. David would grab his cousins and his dad’s camera and run around the streets filming each other. Admitting to knowing nothing about editing while young, they would pretend to be newsmen to create little sections, throwing plates into the air if they were talking about spaceships.

Flying Art Films has come a long way. They have collaborated with some big names, including Tag Heur and Lululemon. David and Kim strive to stay involved in their community and are fully invested in the success of the Melbourne dance scene. 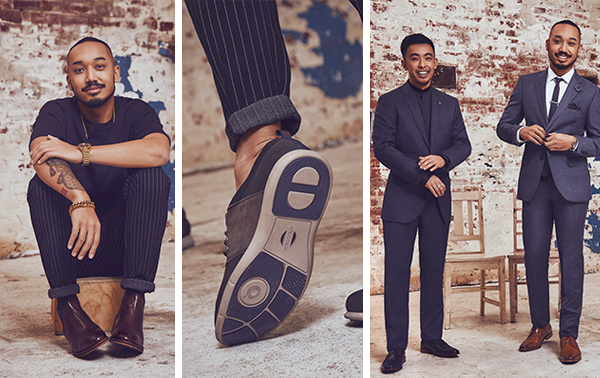 It’s because we’re from Melbourne. It’s how we’ve grown up and it’s how we operate. It’s how we meet people,” says David. “I feel like now everyone is starting to become more collaborative, in a sense where musicians might be collaborating more, musicians with dancers, dancers with musicians, and just being more open minded.”